Who is Vitalik Buterin? 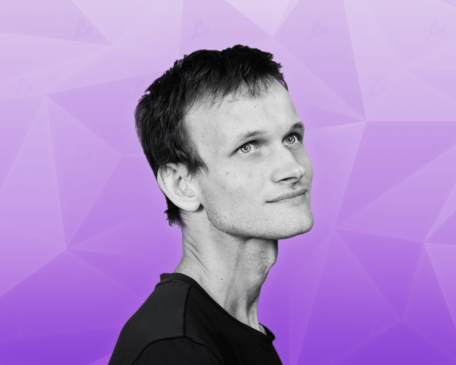 Where was Vitalik Buterin born and raised?

Vitaliy Dmitrievich Buterin, better known as Vitalik Buterin, was born on January 31, 1994 in Kolomna near Moscow.

His parents were Dmitri Buterin and Natalia Amelina, programmers by training. They divorced in 1997. After that, his mother emigrated to Canada, and at the age of six, Buterin and his father moved there as well.

They settled in Toronto, where the future creator of Ethereum went to a school with an advanced study of mathematics, programming and economics, and then entered and graduated from a private educational institution – the Abelard School.

According to Canadian Business, it was his father who introduced Vitalik Buterin to cryptocurrencies. Now both his parents run crypto projects: Natalia – CryptoChicks, and Dmitry – BlockGeeks.

What kind of education does Vitalik Buterin have?

As his father recalled, Buterin was interested in mathematics and computer science since childhood. While still in school, he won third place in the International Olympiad in Informatics, which is held under the auspices of UNESCO.

In 2012, Buterin enrolled at the University of Waterloo, Canada’s leading university for programmers. But already in 2013 he was expelled. As Buterin himself states, he was actively studying and writing code in the field of blockchain, and there was no time left for study.

Already in 2018, the University of Basel awarded the creator of Ethereum an honorary doctorate, calling him “a key player in the digital revolution of our time.

What did Vitalik Buterin do before creating Ethereum?

In 2011, Buterin authored Bitcoin Weekly, a portal dedicated to the first cryptocurrency. His publications attracted Romanian crypto-enthusiast Mihai Alisi, who offered to start a print magazine about cryptocurrency together. Buterin agreed. So he became one of the founders of Bitcoin Magazine. Nine of the 12 articles in the first issue of the publication were written by Buterin.

In addition, after being expelled from university, Buterin got an internship at the IT company NextThought, where he was engaged in backend development.

How did Vitalik Buterin found Ethereum?

In early 2013, Buterin went on an international trip, including getting to know the teams of various crypto projects. In Israel, he met with the creators of Mastercoin, the first “cryptocurrency 2.0” project. This became a landmark event in Buterin’s biography.

Mastercoin founder John Willet is known for holding the first ever ICO in 2012. In the project’s white paper, he – also for the first time in cryptocurrency history – described the concept of smart contracts and some other ideas, including GAO, algorithmic stablecoins and others.

Mastercoin was the first blockchain project that went beyond digital currency and aimed to create a platform for applications. But this concept was already implemented in Ethereum. Mastercoin was renamed Omni, and Tether was released on this network for the first time.

In November 2013, Buterin sent Ethereum white paper to his crypto-enthusiast friends. After receiving a positive response to the paper, he and some of them began to bring the project to life.

One of his closest associates was Gavin Wood, who authored the so-called “yellow paper,” a document with technical details of Ethereum, published in early 2014. There Wood first described the platform’s virtual machine, the Ethereum Virtual Machine, which became the “heart” of the smart contract system. Wood later had a hand in other landmark crypto projects, notably Polkadot.

The Ethereum team used $100,000, which Buterin received from The Thiel Foundation, a foundation of well-known technopreneur Peter Thiel, to fund development.

In addition, Ethereum held an ICO in the summer of 2014. The tokensale yielded 31,500 BTC, which equaled about $18.5 million at the time. Part of the ETH issue was sent to the development team and the nonprofit Ethereum Foundation, which later became an organization for ecosystem development.

The blockchain platform was launched in 2015.

Does Buterin participate in the development of Ethereum?

Today, the creator of the blockchain platform is one of the chairmen of the Ethereum Foundation. He has authored or co-authored about 40 proposals to improve the Ethereum protocol – the so-called Ethereum Improvement Proposals (EIP). They are discussed in the Ethereum developer community and implemented in the blockchain protocol with the help of hardforces after being finalized.

Buterin was involved in the creation of key proposals, such as the introduction of the ERC-20 token standard and the transition to the Proof-of-Stake consensus algorithm. He is also working on key components of a major update to Ethereum 2.0.

In 2021, he co-published EIP-1559 with other developers, which went into the London hardfork. It changed the network’s commission calculation system and introduced an ETH burning mechanism.

In the winter of 2022, Buterin suggested introducing ZK-Rollups technology into the commission calculation system to reduce its average size by several times.

In addition, Buterin is a public figure, speaks at various conferences and is a recognized intellectual of the blockchain industry. He comments on the current agenda on his Twitter. Buterin also has a blog where he publishes his thoughts on various issues.

“You wake up in 2035 and 80% of all transactions and savings in the world are in one currency and it is not ETH. Which currency do you think it will be?” he wrote.

What does Vitalik Buterin write about?

On his website, the Ethereum founder suggests new uses for blockchain, from new systems for distributing public goods to creating “cryptocities.” He also criticizes the legalization of bitcoin in El Salvador, outlines the complexities of blockchain-based voting procedures, and discusses how the prediction market affects contemporary politics, using the US elections as an example.

His interests are not limited to cryptocurrencies and blockchain. The creator of Ethereum is interested in life extension and thinks that some of those who are born now can live up to 3,000 years. He also publishes works on economics. For example, in 2018, Buterin released an article on the decentralization of the tax system.

In February 2022, it became known that a collection of essays by Vitalik Buterin titled “Proof of Stake: The Making of Ethereum and the Philosophy of Blockchains” will be published in the United States in the fall.

He is also interested in public life. Even before the war broke out in Ukraine, Buterin urged the Russian government not to allow military action. When the war started, Buterin supported Ukraine with donations and noted:

“The current situation has reminded a lot of people in the community that ultimately the purpose of cryptocurrencies is to do things that create a meaningful effect in the real world.”

How much ETH does Buterin have?

In November 2021, Forbes magazine recognized Buterin as the youngest crypto-billionaire. At the time, the publication estimated the Ethereum founder’s total wealth at more than 325,000 ether (ETH) coins, which was about $1.46 billion at the time.

However, due to a correction in the cryptocurrency market, Buterin’s wealth declined. In the spring of 2022, his representative admitted that Buterin’s capital was about $800 million. Thus, he fell off the list of cryptocurrency billionaires.

Does Buterin maintain ties with Russia?

The creator of Ethereum is a Canadian citizen. He visited Russia for the first time after his emigration in 2016. Then he spoke at the Skolkovo Foundation conference and met with representatives of the Russian Central Bank, which was then developing an interbank blockchain platform “Masterchain” based on Ethereum.

Buterin saw great potential for developing the project in Russia and planned to attract Russian businesses and programmers to cooperate.

A year later, he came to Russia again and met with Vladimir Putin at the St. Petersburg International Economic Forum.

Later, when asked why he was meeting with politicians and officials from different countries, even though they were the opposite of decentralized systems, Buterin quoted American black rights activist Frederick Douglass:

After the outbreak of hostilities in Ukraine, Buterin abandoned his former neutrality, openly condemning the war started by Russia.

How much does Vitalik Buterin spend on charity?

Buterin is an active philanthropist and philanthropist. He donated $1 billion to the fight against the coronavirus in India (at least part of his donation was returned) and $4 million to the University of New South Wales, which is developing a method for early recognition of the signs of a pandemic.

Also the crypto-entrepreneur gave $336 million to the Methuselah Foundation, a nonprofit organization that works in regenerative medicine, and gave about $5 million to support Ukraine after the war began.

Is Buterin a star in the crypto industry?

Now Vitalik Buterin is without a doubt one of the important representatives of the crypto industry, who is regularly included among the most influential people on the planet. Both Elon Musk and Herman Gref have recognized Buterin’s contribution, and crypto-enthusiasts in China even call him “God B”.

Two English-language nonfiction bestsellers have already written about Buterin and the creation of Ethereum: “The Cryptopians: Idealism, Greed, Lies, and the Making of the First Big Cryptocurrency Craze” by Laura Sheen and “The Infinite Machine: How an Army of Crypto-hackers Is Building the Next Internet with Ethereum” by Camille Russo.

The final confirmation of Buterin’s pop-cultural status is the news that Hollywood is interested in him: Ridley Scott, the director of Alien and Gladiator, is producing a movie adaptation of Russo’s book.

What else is there to read?

What are crosschain bridges?

What is a DAO (decentralized autonomous organization)?

What is Polygon (MATIC)?

What is NEAR Protocol?

Ethereum (ETH) Vitalik Buterin
Latest News
What are security tokens and Security Token Offering (STO)?
What is a decentralized exchange (DEX)?
What are stabelcoins?
What is DAO (decentralized autonomous organization)?
What are Algorithmic Stablecoins?
Prediction platform Numerai raises $3 million from venture capital funds
What is blockchain?
What is a smart contract?