What is bitcoin and how does it work? Explained in simple words 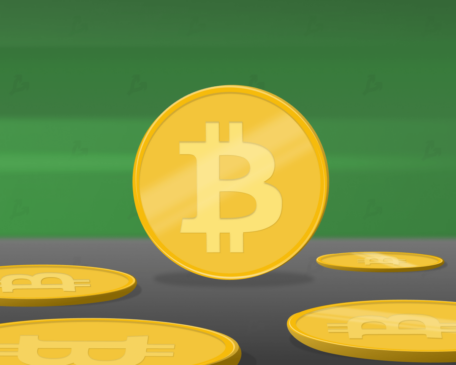 Bitcoin was created as an open-source digital payment system. Its main breakthrough and also its value is that it managed, for the first time, to create a self-sufficient, reliable and decentralized system for transfers.

Any bank or other similar financial institution is a centralized structure. The work of its operator, as a rule, is fully or partially closed from the users (customers). This leads to the need to trust their money. A centralized structure is vulnerable to errors, abuse and fraud.

Bitcoin does not have all these problems, because it is a decentralized structure that is built and maintained by its participants themselves without the central operator. All users’ balances are public (although specific identities are hidden), and the network protocol has mechanisms that regularly check that all data is correct.

The bitcoin network consists of nodes (nodes) – networked computers with special software installed on them. Each node stores and updates a copy of the bitcoin blockchain. The process of confirming transactions, creating new blocks and validating a single version of the blockchain is done using a consensus algorithm called Proof-of-Work.

The data of all transfers and the balance states of all bitcoin addresses are stored in a decentralized registry, the blockchain. This is a database, which is a continuous chain of blocks, in each of which new transactions are recorded.

The role and importance of cryptocurrency

A key element of the traditional economy that the anonymous creator of bitcoin wanted to fix was money. In today’s world, national currencies, or fiat money, are printed by states. They are also a centralized structure with known shortcomings. First of all, the value of money is determined by the actions and credibility of the issuer. In addition, fiat money is subject to constant inflation, that is, depreciation.

Therefore, not fiat money is used for transfers in the bitcoin blockchain, but a special unit of account – cryptocurrency. Its main function is to serve as a means of transferring value in the bitcoin network. This value can be calculated in any convenient form, for example, in the same national currency, hence the bitcoin price is formed. The value of the first cryptocurrency, again, is determined not by the central bank or any one organization, but by users and investors in the open market.

Thus, the price of bitcoin is not determined by the state, the central bank or any one entity, but only by the coin holders themselves. Some researchers have also suggested that bitcoin’s intrinsic value should be determined.

It is important to note: Bitcoin was only originally conceived as a replacement for fiat money. Although the first cryptocurrency is used for payments, today many people perceive bitcoin more as a valuable investment asset.

How to “open an account” in bitcoin and make transfers

Joining a project called bitcoin is even easier than becoming a bank customer. First, you need to download and set up a wallet – a special program that allows you to create an address in the bitcoin network, as well as to make transactions, that is, receive coins or send them to other addresses.

To create and manage a bitcoin blockchain address, there is no need to go through the cumbersome and time-consuming identity verification associated with uploading personal documents. Address creation is just a few clicks away in the wallet interface.

A bitcoin address is analogous to a universal bank account. As the protocol has evolved, several new address formats have emerged in the bitcoin blockchain. Almost all of them, with a few exceptions, are fully compatible with each other. Choosing a more modern format can save you money on transactions. Which bitcoin address format to choose, read the article Our website:

However, “under the hood” of this procedure are complex cryptography techniques. When creating a new address, its owner receives a pair of “keys”: a public one and a private one. The latter also serves to access the balance and is only for its owner.

After setting up the bitcoin wallet and creating the address, you need to buy the first bitcoins. Read our guide on how to do it:

For each transaction in the bitcoin network, you need to pay a small fee, which is distributed among the miners responsible for the confirmation and execution of transfers.

Who invented bitcoin and who is developing it now

The concept of bitcoin was first described in a technical document (whitepaper) published on October 31, 2008. Its author was someone called “Satoshi Nakamoto”, but so far nobody knows who exactly is behind the name – whether it is one person or a group of developers. All the messages, publications and other “digital footprints” of Nakamoto can be read on the Satoshi Nakamoto Institute website.

The bitcoin network was launched on January 3, 2009, but the official birthday of the project is considered to be January 9, when the software for the node was made freely available.

In the middle of 2010, Nakamoto stopped participating in the development of bitcoin. After that, the developer community is now responsible for the further development and coordination of the network’s functioning. The specific proposal to improve bitcoin code is called the Bitcoin Improvement Proposal (BIP).

However, this does not mean that only developers make decisions about the direction in which bitcoin will go. However, any significant changes to the protocol are only possible after most of the mining pools agree to them.

How the price of bitcoin has changed

When the bitcoin blockchain launched in 2009, the value of the first cryptocurrency was zero. By May 2010, its value had risen to 10 cents. By the way, every year on May 22 the cryptocommunity celebrates Bitcoin Pizza Day: on this day in 2010, the famous pizza was bought for 10,000 BTC.

Bitcoin’s second massive rally occurred in 2017. While at the beginning of the year 1 BTC was trading at $1000, from April its rate began to rise sharply: first to $2500 by early June, then above $4000 in August and $7000 in October. In late 2017 and early 2018, the value of the first cryptocurrency on some exchanges almost reached the $20000 mark. However, rather quickly the bitcoin price rolled back first to $10000 and continued to decline throughout 2018. By December, bitcoin bottomed out at just above $3200. After that, the cryptocurrency market began to rebound.

After that, a new bullish rally began, which brought the first cryptocurrency to a new peak – $63,000 – by April 2021. Three months later, bitcoin lost nearly 50% of its value, but then its price began to rise again. As a result, bitcoin reached a new peak of $69,000 on November 9, 2021. Then a correction began with short periods of recovery at the end of March 2022.

Global economic and political instability hit the financial market and negatively affected the price of the first cryptocurrency, rolling back to around $20000 by the fall of 2022.

New bitcoins are generated every time a new block is successfully mined on its network. The frequency of creation of such blocks is constant: 6 units per hour. The amount of reward per block, hence the rate of issuance of new bitcoins, periodically decreases as a result of the so-called halving, which occurs every four years.

Thus, there is a precisely timetable for bitcoin issuance, and the total amount of coins that will ever be issued is also known: 21 million. The last issuance should take place around the year 2140.

The emergence of new bitcoins can be compared to the issue of money, only instead of government agencies printing new banknotes, the cryptocurrency is produced by users themselves. The process is called “mining. It is based on computers solving complex mathematical problems. The computers are located all over the world, and the miners are combined into pools to work more efficiently. For their work they receive a certain reward.

Bitcoin owes its network’s smooth operation to economic incentives in the form of cryptocurrency that are distributed automatically among participants since its launch in January 2009.

Is it true that bitcoin is a pyramid scheme?

It is not. The classical pyramid in which unrealistically high profit is promised presupposes that income of its participants is ensured due to constant attraction of funds. Profits are paid at the expense of contributions of the subsequent participants. As soon as the inflow of funds weakens considerably or stops, the whole scheme collapses, leaving a small number of “chosen ones” to profit.

Bitcoin promises no benefits to investors. Its only promise is complete control over one’s own finances. And even if one accepts the assumption that demand for the cryptocurrency from newcomers or professional investors can lead to a rise in the exchange rate, early entrants do not receive any dividends from new entrants.

Finally, the very distributed nature of bitcoin suggests that there is no single central structure that can benefit financially.

What Bitcoin’s value is made up of

There is a perception that the price of bitcoin is not backed by anything. According to James Rickards, author of the best-selling book “Currency Wars,” every currency in the history of money is backed by trust, the same is true of cryptocurrencies. In the bitcoin community, this trust is called consensus.

Bitcoin’s value also stems from its network effect: the more participants, the higher the price. While remaining an experimental technology, bitcoin is subject to significant price fluctuations, which traders and common holders take advantage of.

Bitcoin’s value can also be called its limited issuance. In addition, the first cryptocurrency opened the world to blockchain, the rapidly gaining popularity of distributed ledger technology.

Bitcoin is said to be anonymous. Is it?

This is another widespread misconception. Rather, one can speak of pseudo-anonymity. In other words, anyone can see the movement of funds and the current balance of the address, but it is quite difficult to say exactly to whom they belong.

However, if you want to, it is possible to trace the IP address of the sender, even if it is not stored in the blockchain. For example, some wallet providers’ server owners have such information.

To date, quite effective tools have been developed to analyze transactions. Their functionality allows cryptocurrency companies to instantly find out how reliable their counterparty is and whether it operates funds that were previously used in illegal financial transactions.

What else to read

How does the Fed rate affect cryptocurrency prices?

What is Layer 2 blockchain solution?

What is Ripple and cryptocurrency XRP?

What are bitcoin futures?

Bitcoin BTC
Latest News
What are security tokens and Security Token Offering (STO)?
What is a decentralized exchange (DEX)?
What are stabelcoins?
What is DAO (decentralized autonomous organization)?
What are Algorithmic Stablecoins?
Prediction platform Numerai raises $3 million from venture capital funds
What is blockchain?
What is a smart contract?